Get A Movie On 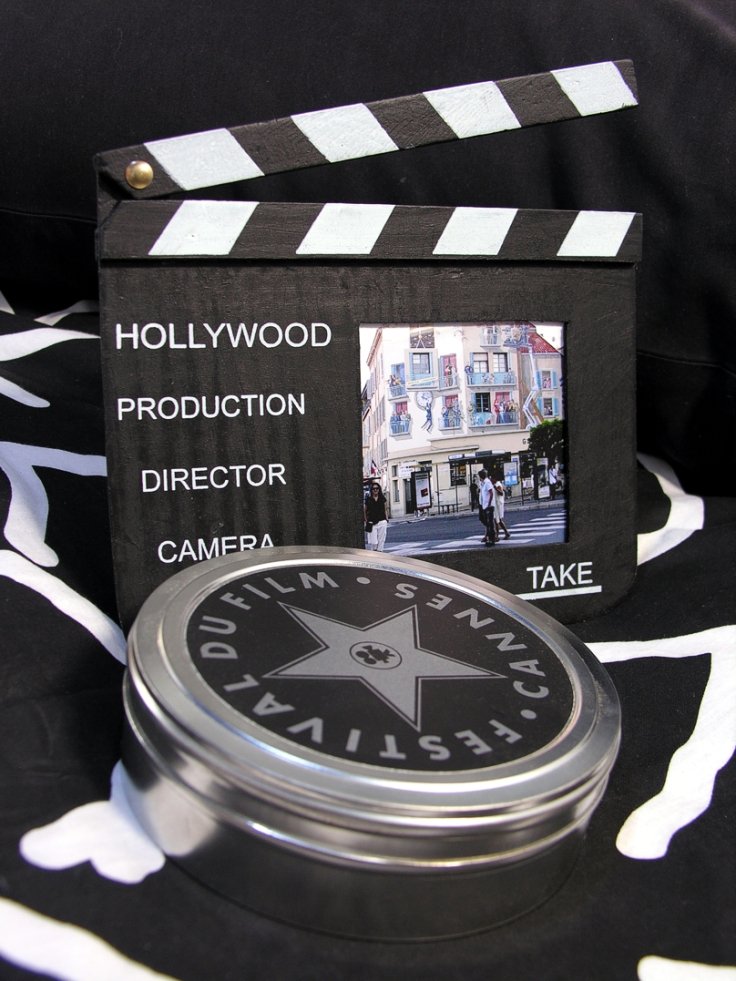 I think everyone loves 'The Departed.' That was a movie that had a lot of problems structurally.

And we had to battle with it. Fight. Experiment. Try different things. And I think finally we hit it.

No matter what your emotional pleasure is in life it’s fair to say that our fantasies have been represented in some way via the magic of celluloid. We’ve cheered for heroes, cried for romance, sat on the edge of our seats for suspense, been repulsed by horror and laughed until we were sore. But generally, one way or the other, we’ve been entertained. Speaking from my childhood experiences there wasn’t a lad among us who didn’t come out of the cinema feeling like a cowboy, a cop or James Bond. Although now, in my middle years, I don’t vacate the picture house ‘capping’ bad guys with two fingers and a crooked thumb, my torch for the movies burns no less brightly than it did all those years ago. However not for the same reasons, well not entirely.

As I’ve advanced in years I’ve asked more questions. I began to look at things in a more philosophical way, delving into the reasoning behind films, how  they’re made, by whom and why. What I discovered I liked. I’ve sampled every genre from Oscar winners to ‘straight to DVD’ without the merest hint of snobbery. Of course, over the years, I have witnessed the most appalling plots, scripts, acting and the combination of all three but these weren’t necessarily in  the ‘straight to DVD’ category. I have borne witness to some terrible casualties in the name of celluloid art. The Oscars have been guilty of nominating all manner of twee or self indulgent travesties over the years and I can only assume these nominees were put forward to appease yet another Hollywood fad, sycophantically kowtowing to political or minority pressures. It certainly wasn’t for their artistic articulation. But awards are not the be all of movie success. Silver may look good in the cabinet but it’s bums on seats that pay the bills. A room full of back slapping critics and talking heads may be considered a worthy opinion but no matter how much they praise or decry a project, the views of a packed theater full of moviegoers cannot be dismissed.

The trouble with opinions is that everyone has one, not in itself a bad thing but someone else’s will often differ from our own and not everyone is so gracious at conceding. My movie of choice at any given time will be dictated by my mood of the moment and will often enable me to unburden my state of mind. For instance a bad news-day can leave a negative taste in one's mouth regarding the world's injustices. Kicking back with a good guys bad guys movie can be just the thing to unwind with. Of course we’re intelligent enough to know that life generally isn’t like that but maybe optimistic enough to hope that sometimes it could be. Conversely other moods will have me craving the mental quagmires that will demand my full attention and hopefully deliver me the satisfaction of being able to unravel the mystery before the final curtain falls.

Of course my favourite aspect of movies is the ingenuity that comes as a result of the genius of teamwork. When the right director, cast and crew fuse together the visual and indeed audible result is beyond breathtaking. We have the ability to be completely enchanted by cinematographer’s dexterity. Whether this is by capturing stunning vistas or their ability to make us believe we are a clandestine voyeur, privately spying on the unfolding drama opening up before our eyes. A superlative score can bring us to the edge of tears or allow us to feel fear, like fingers of ice inching down our spine. However only via the craft of the screenwriter a story is born. The theme, plot and characters intertwine creating a canvas to which the project can be sewn to. That ultimately brings us to the ministrations of the editor. The editor stitches the efforts of all of this work together giving the film substance and flow. These are the backroom boys and girls, the names of which fail to trip from our lips but, without their skills, powerful productions would be rendered as nothing more impressive than home movies.

So next time you feel blown away by a cinematic experience go home and do a little digging. Interrogate the more reputable portals on the internet and check out the inside story of how it came together. The more you learn the more you will yield from future experiences.