Look at a book. A book is the right size to be a book. They're solar-powered. If you drop them, they keep on being a book. You can find your place in microseconds. Books are really good at being books, and no matter what happens, books will survive. Douglas Adams

END_OF_DOCUMENT_TOKEN_TO_BE_REPLACED

Get A Movie On

END_OF_DOCUMENT_TOKEN_TO_BE_REPLACED

Resolve To Be Resolute

END_OF_DOCUMENT_TOKEN_TO_BE_REPLACED

Two Men In A Boat

END_OF_DOCUMENT_TOKEN_TO_BE_REPLACED

Will The Real Jason Statham Stand Up Please

END_OF_DOCUMENT_TOKEN_TO_BE_REPLACED 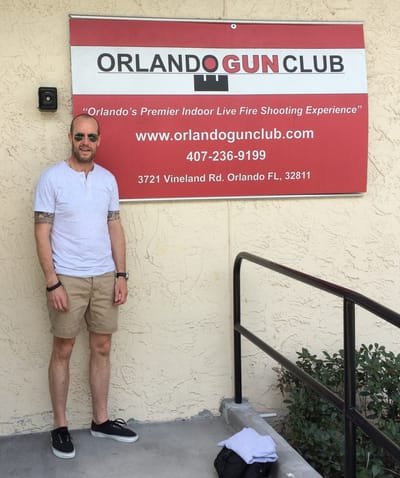 The value of criticism will depend on the thought processes of the critics,
not their number, rank or station.

The Consolations of Philosophy.

Being an ordinary person with few qualifications, the idea of writing a book or even an article that someone else would enjoy reading seemed like something other people did. People who wrote professionally were educated, erudite, scholarly types from professional backgrounds and expensive schools. Not ‘Jack the lads’ of limited intelligence, blue collar wage slaves from comprehensive schools with ‘must try harder’ enblazened across their school reports. But if that had even a modicum of truth to it thirty years ago, it doesn’t now. With the benefits of technology and enough common sense to make use of it, anyone with something to say can say it and post it on a social media platform for others to read.

I grew up with a love of the movies. My love for the written word was a relationship that would have to wait. Movies were easy. You sat there for a couple of hours and the screen did it all for you. A step outside of reality that was cinematically spoon fed to the conscious mind and required very little from the audience (although this was something I would later learn is not true of all films). One day while at work, having exhausted the daily newspapers and wanting something else to pass the time I had a copy of Ben Elton’s Stark foisted upon me.  I was and still am a big fan of his comedy so I thought, why not? Until that point I had only ever seen him on television. It never occured to me that the thirty minutes of material he delivered would take hours, days or even weeks to compile and form into a deliverable side splitting routine. After I read the book it all changed. I marvelled at the genius of taking me through hundreds of pages of belly laugh humour only to close the last page and realise that I had absorbed a very sobering message. It had been completely subliminal. I considered this to be an ingenious talent. I started to soak up more books. Sometimes funny and sometimes action packed but the more I read the more envious I became. These authors painted the most detailed of pictures and passed on the profoundest messages in an entertaining story. In a movie when a character appears on the screen, bang, it’s all there. A second or two for the eyes to devour the details before it’s processed and committed to memory. But the author has to paint that picture into your head using nothing but words. They have to describe their characters, not just so we know what they look like, they have to make them believable. They have to stitch them into our imagination and give them life beyond fiction. Finally they need you to feel sympathy and empathy in order for you to completely invest in their story. I was truly envious.

Twenty five years later with my head full of what I thought might be serviceable plots, readable ideas and humorous observations I commenced with the idea of putting pen to paper (fingers to keys) and made a start on an action adventure plot. A few years later, with the first novel a third of the way through, I conceived of another idea about a genie and commenced writing this alongside the first one. This, at the point of posting, is now also around a third of the way through. I fully expect to finish both although whether I shall ever publish is another matter. This was a personal journey and how I’ll feel upon completion is not something I have really considered.

The more observant of you will have realised that this is a blog. As with all writing (so I’m led to believe) it is useful to draw upon your life experience. However not all my life experiences are suitable for inclusion in my two novels. The problem is that my brain doesn’t work like that, it throws random observations, questions and peculiarities into my frontal lobes whenever it feels like it. So these blog posts are middle age introspection on things that I have analysed and processed unlike mere passing thoughts.

My name is David and I write under the name David James. I currently shelter on Hayling Island which is a microclimate anchored by a single road bridge to Hampshire’s southernmost boundary. For relaxation I indulge in more sports and pastimes than I care to list and, if I haven’t already made it clear, I also write.

I BUILT MY SITE FOR FREE USING